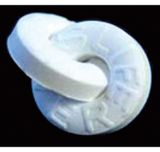 When arbitration first became popular, it was seen as an antidote to the time and expense of litigation. Parties could bypass the lengthy court process, narrow the issues, limit discovery, and hire experts to decide disputes. Arbitration also kept disputes private, making it less likely the terms of a settlement or adverse decision would become public.

However, over the past 10 years, arbitration has begun to lose some of its luster for several reasons. Most well-known are the compulsory arbitration clauses found in consumer contracts (e.g., “Click here if you agree with the terms and conditions…”) that are often seen as unfairly favoring parties with greater economic power and limiting the ability to redress legitimate grievances.

Less well-known is that arbitration has increasingly come to look like litigation, especially when the parties’ economic resources are relatively equal. Discovery can go on for lengthy periods, and an arbitration can easily stretch out over many months or years. Scheduling alone can be dicey. Arbitrators, unlike judges, are almost always busy attorneys or experts in a field, who have their own hectic schedules that must be juggled. And if there’s a three-person arbitration panel, logistics can become complex.

In court, a party may lose the privacy that an arbitration affords (though even in an arbitration, parties are often free to talk about an ongoing proceeding; think Tom Brady). However, while judges generally try to accommodate parties and their counsel, a judge will only go so far. And when in exasperation the judge says, “March 10th, final!” individual calendars often miraculously clear up so the March 10th deadline or appearance is doable. Arbitrators are hired by the parties and need to be mindful about accommodating them. A judge isn’t worried that a party or attorney won’t hire them next time. Plus, courts have become more attuned to limiting and expediting discovery so cases can move along.

One approach to balancing these issues is the use of “Med-Arb” clauses, which have become increasingly popular. The name pretty much describes the process. A Med-Arb clause in a contract requires the parties to mediate before they can go to arbitration. This may not seem like such a big deal, but it is.

A good mediator can usually figure out core issues and, with the parties’ assistance, narrow the discovery needed for a meaningful mediation. An arbitrator’s role is to issue a decision, and the process is quasi-judicial. A mediator’s role is to help the parties resolve their dispute. This means talking to parties together and separately, overseeing limited discovery, batting around ideas, and, when appropriate, having parties provide memos on facts, law, and possible resolutions.

Knowing the different sides’ positions and concerns, the mediator can probe to see what might be tempting to one side or the other. Parties are always somewhat coy with the mediator, and the mediator may be coy with them at times. But eventually trust develops, and the back and forth discussions and probing often lead to resolutions, which would not have happened as quickly during the arbitration or litigation process — or might not have happened at all.

Even a mediation that doesn’t directly result in a settlement almost always has value for the parties. The case can proceed to arbitration, but with issues narrowed and much discovery done.

What have your experiences been with Med-Arb clauses? Are there caveats to point out?