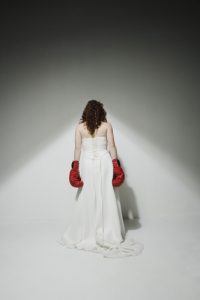 {3:12 minutes to read} One might think that mediating cases on appeal would be a losing proposition. After all, someone has already won. What’s the motivation for the winner to mediate? Oftentimes, plenty.

Cases on appeal arise in many different contexts: after a full trial, after a successful summary judgment motion or motion to dismiss, even, occasionally, on a discovery matter. The winning party typically has the upper hand. But this is usually only one aspect of the mediation. It turns out that parties who have won the first round are often still interested in resolving a matter, and mediation may be the easiest and most efficient way to do it.

Appeals, like many other aspects of our legal system, can be costly and time consuming. And the outcome isn’t guaranteed. Lower courts get reversed or judgments are modified. This can mean even more litigation. Both the winning and losing parties need to consider these factors. Even on appeal, parties often want to wrap things up, and mediating at this stage can provide an unusual opportunity to do that. The legal issues may be clearly framed, the litigants know their case very well, and the facts will often have been developed through discovery, motion submissions, or a trial.

I have done appellate mediations for both the U.S. 2d Circuit Court of Appeals and the New York State Appellate Division, 1st Dept. When I first started, I was skeptical about how successful such mediations could be given the winner/loser factor. But lo and behold, people often want to resolve these matters, and avoid the time, expense, and uncertainty of an appeal. Among other things, a winning party may want to preserve a lower court decision for future use, which could be jeopardized by continuing the appeal. A loser might want to limit the adverse decision to the trial court level.

Of course, sometimes a case being on appeal does mean that mediation is unlikely to succeed. The winner at the trial court may want to widen its usefulness by getting the appellate court’s stamp of approval.  This can be critical when there are policy matters at issue or issues that affect a particular industry.  Similarly losers too sometimes want an appellate decision to create clarity in other similar cases they may have.

What has your experience been mediating cases on appeal, as a party, an attorney, or a mediator? What worked? What didn’t?