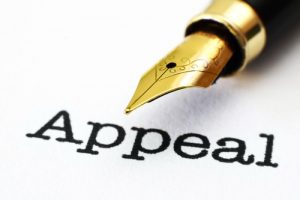 In my last blog, I discussed why mediating a case on appeal often makes sense, even to the party that has won Round 1. This time I want to focus on the potential risks and benefits that winners and losers face in the appeal process and how that affects their willingness to mediate.

If you lose on appeal, you really lose, and perhaps with greater consequences.  No one wants to lose at the trial court level, but having an appellate court give it a stamp of approval can be even worse. The loser may then be living with the consequences for years to come. However, mediating the case before there is a decision on the appeal, can result in reducing damages for a defendant, obtaining some damages for a plaintiff, or designing a resolution where the outcome is more secure, slightly less onerous, and works in the long run.

Sometimes a winner is less than thrilled with its victory. Has it won a battle in an ongoing war that has more battles coming up? It’s good to win the battle, and mediating after such a win can create the possibility of a long-term resolution that eliminates the need for future litigation. This is the time that the winner can try to ensure a predictable future on terms better than it might have previously been able to get. And of course, the odds of winning an appeal, while typically good, are not 100%.  Appellate courts sometimes send cases back to the trial court, thereby eliminating the win or limiting it, and certainly costing more time and money.

What I have found surprising in mediating appellate cases is that most come to mediation through court annexed mediation programs, where the parties are compelled to attend the mediation. This would seem to be a formula for failure. Indeed, compulsory mediation almost sounds like an oxymoron. But it’s not. The fact is, many cases settle after one side has won at the trial level and the losing party appeals.

Unfortunately, since most litigants involved in appellate matters aren’t forced to mediate, they usually don’t. It can be very hard to convince a “winner” that there is a good reason to mediate a case it has won. And indeed, many parties who win in the lower court will want to keep their win just the way it is and have good reason to avoid any appeal. Continuing appeals take time, cost money, and are not risk free.

We all know that many cases settle on the eve of trial. Many cases on appeal get resolved in mediation as the deadline to finalize the appeal approaches. That deadline can create an opportunity to create certainty in the outcome, limit future risks, establish new relations or processes between the parties going forward, and of course, eliminate any need for the appeal.