Employment Mediation — If Not Now, When?

{3:30 minutes to read}  I recently had a conversation with two attorneys in an employment matter that came my way through a court annexed mediation program that automatically sends all employment cases to mediation.

I have written before about the benefits of 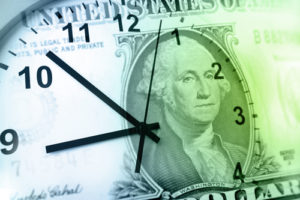 “mandatory mediation,” which until somewhat recently was often thought of as an oxymoron. One axiom of mediation has been that the parties are in charge of the process, including the decision whether or not to mediate. However, it turns out this theory has some flaws. The most serious is that many litigants would love to try to resolve their cases early on, but don’t want to make the first move in suggesting mediation for fear it will be a sign of weakness.

In all cases I mediate, one of the first questions I raise with counsel is what discovery is needed before we can have a meaningful mediation. No one wants to walk into a mediation only to find out that a few depositions are needed to flush out some facts, or some key documents need to be exchanged.

So in my first conversation with these attorneys I asked what discovery, if any, they needed. Their joint response was very revealing. They both said there were some documents they each needed, which could be easily provided. However, they did not want to do depositions before the mediation. Why? Three reasons:

Some variation on this is true in almost all employment cases, especially if the plaintiff worked for the defendant for more than a few years. People know each other, including where the dead bodies are buried. This doesn’t mean discovery isn’t needed. Dead bodies — and smoking guns — sometimes lurk in unexpected places. But that’s the exception, which means if mediation is the first step in the litigation process, the parties are in a good position to move forward quickly.

I recall few significant discovery disputes in all the employment mediations I have done. In the end, parties tend to provide what they need to turn over. If there’s resistance, the mediator can usually cajole compliance. The only real impediment can arise if one party has that smoking gun or dead body, which they feel will enable them to move for summary judgment. But even then, they will need to reveal it in order to make that move.

The bottom line: early mediation can save time, money, limit the hardening of positions, and open the door to communications and resolutions that are difficult, if not impossible, once the litigation picks up steam. And the time and money that’s saved isn’t left on the table.