Divorce Mediation: How Long Does it Take? 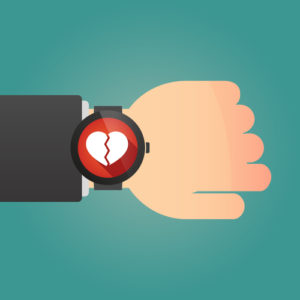 {4:30 minutes to read}  One question I always get whenever someone calls about a divorce mediation is, “How long does it usually take?” The “It depends” answer to this one is far more accurate than in most other mediations.

Many non-divorce mediations take a full day. There is something about participants getting tired and it getting dark that stimulates movement. No one wants to leave after 8, 10, or 12 hours with nothing to show for it.

In divorce mediations, a similar process plays out, but never in one day. And single sessions rarely go over two hours. Couples get exhausted by that point. Plus they need to reflect on and sometimes even live with issues, emotions, and possible decisions.

The good news is that divorcing couples who seek out mediation typically want to avoid the time, cost, and bitterness that accompanies divorce litigation. If there are kids, they usually agree on joint custody and want the other parent to remain an integral part of the children’s lives.

But just because a couple agrees on joint custody does not mean they agree on child support, maintenance/alimony, or the division of assets. Nor does it mean there isn’t anger and bitterness. However, it all comes out in the mediation, and in a way that allows for emotional processing, which can create a foundation for smoother post-divorce relations.

However, none of that happens overnight. Even when a couple thinks they have all the financial and child matters worked out, addressing the details often reveals differences that take time to resolve.

Mediation allows time for trying things out without the threat of court schedules and dueling lawyers. Who will the kids be with and when? In a mediation, the parents can work out a schedule and try it for several weeks, or even longer. They can see what works and then reach an agreement. Sometimes assets are moved around during the mediation as the couple gets a better handle on what each of them has and what each of them needs. Maybe they create a joint bank account for children-related expenses, to which they each contribute.

Working out these details as the mediation unfolds serves not only a practical purpose; it serves an emotional one as well. The couple can begin to see how their post-divorce life will look. They have developed some routines that can help reduce ongoing tension. And they have developed tools for communicating with each other.

I’ve had couples call me whom I haven’t seen in months (in one case almost a year) who say they’re now ready to continue. And they were. But in the interim, they weren’t paying lawyers and worrying about upcoming court dates. They were usually working out what had previously been discussed. It didn’t mean they wanted to get back together. But it did mean they could move forward having put their energies toward creating a future that works. Absent that opportunity, money and time might have been put toward creating more distance and more anger rather than a better life for themselves and their children.

So divorce mediations take time. How much differs for each couple. The better able they are to address finances and child issues together — and often that improves over the course of the mediation — the quicker they may reach an agreement.

One caveat I usually end up giving all divorcing couples: They are dealing with important issues that may affect them and their children for the rest of their lives. If they take a little extra time to make a decision, they may gain a lot in the future.