{3:54 minutes to read} Our mental attics can store lots of emotional content when it comes to a family home. For 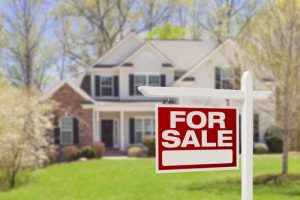 many families, selling that home may be sad, but not otherwise a source of contention. It can even be a relief. But for others, selling the home can create conflict. While there can be an almost infinite source of such conflicts, mediation can provide a way to ease or even resolve them.

Money and emotion are almost always intertwined in a dispute over the family home, and any attempt at resolution must address both. Ideally, the issue is addressed before a dispute arises:

But even a will can’t eliminate the possibility of later conflicts.

Probably the worst place to resolve a dispute over the family home is in the courtroom. Courts are set up for a controlled battle. It’s better than guns, but when there can only be a winner and a loser, everyone can come out a loser.

Here’s where mediation can be a real game changer. It allows for the heated exchanges that may need to happen relating to grievances, differences in financial positions, current or future needs, and even who mom liked best. Ironically, the airing of grievances and expressions of anger—which could be the death knell to an amicable or simply acceptable resolution—can be a useful part of the mediation process.

Heated discussions may mean people leave angry at the end of a mediation session. However, almost always in my experience, once people vent their anger, they later return ready and able to talk—and listen—in a way that wasn’t possible earlier. Subsequent sessions are often less heated, and sharing positive family feelings becomes possible, which can make all sides willing and able to work something out.

In court, people who leave angry tend to stay angry, because there is no means for the anger to dissipate by meaningful contact with the other side, who remains—to use the court terminology—an adversary.  It is not the place where people can exchange a humorous anecdote about a past shared occasion or memory.

Family homes become the focus of disputes for reasons too numerous to mention. Each instance is unique to the players. The particulars are almost irrelevant as to whether the matter can best be resolved in court or through mediation.

A final note: One can start a lawsuit and still do mediation. There may be times where commencing an action is appropriate to ensure protection of legal rights. But once the suit is filed, judges are usually thrilled to hear parties say they’d like to try to mediate. Don’t pass up the opportunity.